Oh what to say about school… It’s so nice to have the boys back into a routine however this year has been a bit of a difficult transition. 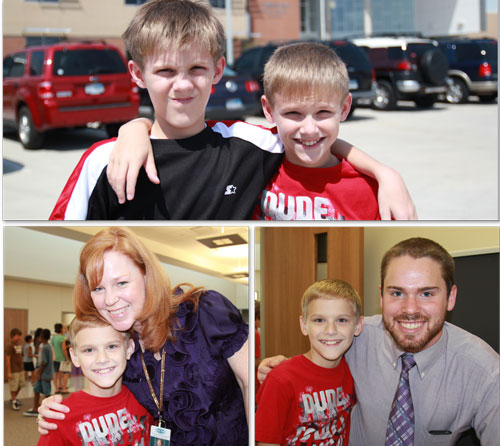 Davis and Dylan are at the hybrid school this year which means that they have 5th – 8th grades under one roof.  The good news is that they are together and they really like their teachers.

The bad news is that this is the schools 2nd year to be open. {pulling hair out}  I knew it wasn’t going to be a good fit for us as I’ve heard plenty of horror stories. So I put in a request for them both to be transferred and it was DENIED.  I swear I have had more problems with this school district. {grrrr}

At this point, I won’t vent to you about all the craziness nor will I share how I’ve been verbally attacked by administration during carpool {twice}.  I’ll just say that it’s been a difficult transition.

I have taken drastic measures for my personal happiness and you will no longer find me in the carpool lane.  That is something that I can change and have control over.  After trying to arrange several different carpools and buses – with no success.  I have hired a car service!  Yep, this girl is that desperate and it turns out my neighbor runs an after-school transportation service and is now picking the boys up in the bus lane.  {whew}

Disaster averted!  With my current track record – there’s no telling what would have happened on week three!  {snicker} 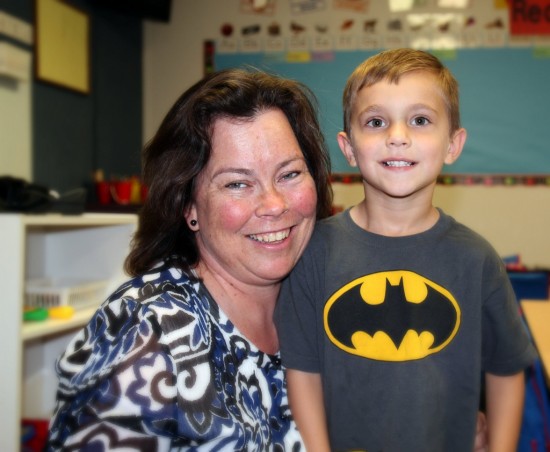 Drake’s teacher is completely lovely and very well suited for her class of 8 boys.  For this year we opted to enroll Drake into the Kindergarten program at his pre-school.  His teachers last year gave us the heads up that he was not ready to go to full-time Kindergarten and Jason and I both agree. Drake is a very young soul.

The program is fully accredited and we have the option of enrolling him in 1st grade next year if he’s ready.  However, at this point our plan is to put him in Kindergarten in public school.  We really think that two years of kindergarten is just what our little man needs.

It was really difficult for me to watch all of his friends move forward into Kindergarten knowing that he’ll always be a year behind them.  AND selfishly I was really looking forward to having all of my kids in school full time.  {big sigh}

Even though he has a difficult time going into the classroom each morning he is so happy when I come to pick him up.  His teacher completely gets him and already loves those boys.  She’s the perfect mix of love and logic.  We feel very blessed.

View all posts by Laurie